In 2010, I was diagnosed with fibromyalgia and lupus. I was told by the doctors that I would never be able to work again. This news was a blow to our family that we did not see coming. While serving in the bookstore, the opportunity arose for a part-time position managing the bookstore. God and my family encouraged me to apply. I applied and ended up getting the job! I then attended my first-ever Aspire Women's conference. While at Aspire, I prayed for God's healing and guidance in returning to work. About 1 1/2 years later, I went for my 6-month check, and they did the routine blood work. I received a call from my doctor telling me that there were no indications that I had lupus! In tears and absolute gratitude, I immediately thanked God, called my husband Roy, and told him what the doctor said. God heard and answered my prayers and healed me.

Legacy Church has been such a blessing to my family and me. My daughters Mariyah and Kalyssa, as well as my husband Roy, serve faithfully in the media department, and because of the healing power of prayer, God healed me! I am honored to be a part of Legacy Church and have my family serving the Lord alongside me. 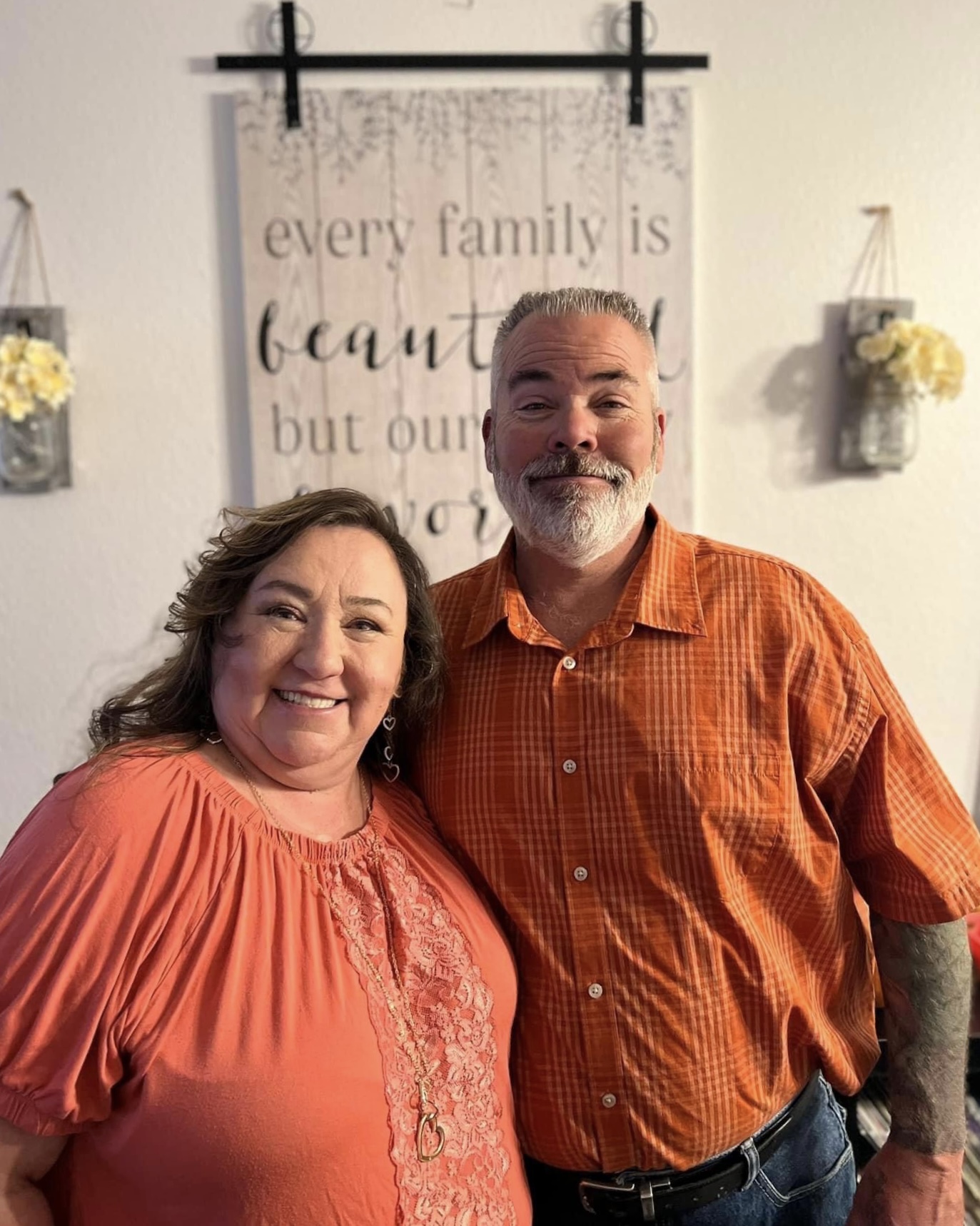 We connected to Pastor Steve Smothermon and Legacy Church in Albuquerque, NM. After several conversations with Pastor Steve, we're confident that the Holy Spirit led us to join the Legacy Church Family. We later learned that Pastor Steve had received prophetic words that the Lord would open doors for him in small communities. Our message for the past seventeen years has been that Jesus came to give us life and life more abundantly. We can find life when we accept Jesus, are reborn and enter an ever-increasing abundant life as we practice obedience. Along with our church family, we look forward to the coming season as Legacy Church Tucumcari.

In May of 2021, I found out we would add another baby to our family. We were so excited about this addition! During my pregnancy, there were a few complications that arose. With every difficulty, we came to the Lord in prayer. We knew that the Lord was going to protect our baby. At one point before the 20-week mark, I told my husband, Emilio, “I think the Lord is preparing me to be on bed rest.” I didn't fully know what that meant at the time. On September 19, 2021, my water broke at 25 and ½ weeks pregnant. We rushed to the hospital and met with a terrifying statistic. Most likely, she would be born within the week.

I couldn't imagine having a baby who was only 26 weeks old. We rallied everyone and prayed that the Lord would protect our baby. They were able to stop the labor, but they discovered that she had fluid all over her body. We would have an MRI the next day, and if the fluid was still there, she would be diagnosed with Non-Immune Hydrops. With this diagnosis, she would only have a 20% chance at life. We immediately stopped and prayed over our baby. We decided on a name, Hannah, because we knew the Lord would fulfill our prayers. After we prayed over Hannah, the MRI, and the doctors, I felt immense peace.

I knew the Lord was going to bring our family through this. The next day after they had read the MRI results, the perinatal doctor came in. He told me that he didn't know what happened, but the fluid they had seen previously was gone! We instantly praised the Lord. This doctor discussed with us that I would stay in the hospital till the baby was born on bed rest, and we would hopefully make it to 34 weeks. At that point, we could have a safe delivery. Wait, did he say I had to stay in the hospital until 34 weeks? For two months? But I had two other babies at home. I didn't know how I was going to handle this. It was a daily surrender of asking the Lord to give me the strength to continue. Over that time, the most challenging part was being away from my kids and husband. The doctors allowed me to go to a room once a week and spend 2 hours with my kids. I only saw them six times in the eight weeks I was there.

The same doctor that had read the MRI was the same doctor who couldn't believe that Hannah and I were still there day in and day out. I had a countdown on the wall in my hospital room, and with each week that passed, I marked off the week as we got closer to 34 weeks. Every day I had worship music playing in my room. As the nurses and doctors came in and out, I told them about Jesus and His love. I told them that He was the reason we were still there and Hannah was healthy. As we approached the 34-week mark, that same doctor said, "Well, I never thought you would make it this far." My response was, "I knew we would because of the goodness of God." Every day for those two months, I read Psalm 91, "Whoever dwells in the shelter of the Most High will rest in the shadow of the Almighty." I knew God would be by my side. He would cover me.

On November 17, 2021, at 34 weeks, Hannah was born. It was peaceful and perfect. The Lord had fulfilled His promise to our family. Hannah stayed in the NICU for one month, and on December 19, 2021, she came home to our family. Over the last year, with every doctor visit or illness, we knew the Lord would continue to protect Hannah and fulfill His promise over her life. Even in the most challenging days of being in the hospital for such a long time, I knew the Lord was right by my side; I knew he was protecting me as promised in Psalms 91. The Lord has indeed provided for us and shown us that He will sustain us no matter what lies ahead.

We met in church, where my father was the Pastor, and married in 1994. Desiree was a single mom with a small child, and I became a husband and father on the same day. I quickly adopted my son. We were blessed with another son, and life would be good for many years. We had the privilege of pastoring a church in Flagstaff, Arizona, and accepting an Assistant Pastor job in Gallup, NM. During this time, we would suffer one of the greatest blows to our lives and my faith. My father, my example, sounding board, spiritual leader, and life teacher, would commit suicide and take his own life. I wish I could say that I leaned on the Lord at this news, but tragically, I am deeply saddened to say it would derail my life and ministry for many years. Our marriage would suffer massive strain because of the extreme sorrow and selfishness I held on to. This sadly led to me walking away from my family, the church, and the calling of God. At the lowest point in my life, having felt like I failed God, my family, and the calling of God and forfeited everything, I would receive a word from the Holy Spirit that would change everything. As I looked at myself in the mirror, I heard these words: "You don't belong here. Run back to your wife and Me.” I fell on my face and cried out to God in repentance. God, nor my wife, had to forgive me, but they did. It was only because of the grace and mercy of God and the power of forgiveness that God would heal and restore our marriage, family, and calling. Several years later, God would lead us to Legacy Church. We instantly felt at home and began to serve with revived passion and gratitude. Through that, I now have the privilege of being part of the Pastoral Care Team. We are eternally grateful for Legacy Church, Pastor Steve, and the truth that God is a God of another chance!

I was in the middle of the storm, but God was with me every step of the way. I was traveling for a pickleball tournament in Fort Myers, Florida, just days before Hurricane Ian arrived. I didn't know what to do; I went through all the scenarios and possibilities and decided to shelter in place. In the middle of a category five hurricane, with 170-mile-per-hour winds, no power, losing cell phone service, and miles away from family, I sheltered in the bathroom to protect myself from what was happening beyond our doors. As I was preparing for the possible outcome of this natural disaster, I was advised to write my name and birthdate on my arm so I could be identified if it came to that point. In the middle of this storm, I decided to continue to trust in God and pray and believe He is bigger than this storm. God knows every trial we have and will face. God knew I would be in this situation one day. Thankfully, God had put me in the safest place I could've imagined in the middle of a category-five hurricane. I felt a sense of peace and reassurance that my God was there with me and was and always will be protecting me. I was helpless, and ALL I had to rely on was God. Even when life is terrifying and uncertain, we must trust in God!

"Do not be anxious about anything, but in every situation, by prayer and petition, with thanksgiving, present your requests to God. And the peace of God, which transcends all understanding, will guard your hearts and your minds in Christ Jesus. Finally, brothers and sisters, whatever is true, whatever is noble, whatever is right, whatever is pure, whatever is lovely, whatever is admirable—if anything is excellent or praiseworthy—think about such things. Whatever you have learned or received or heard from me, or seen in me—put it into practice. And the God of peace will be with you." Philippians 4:6-9 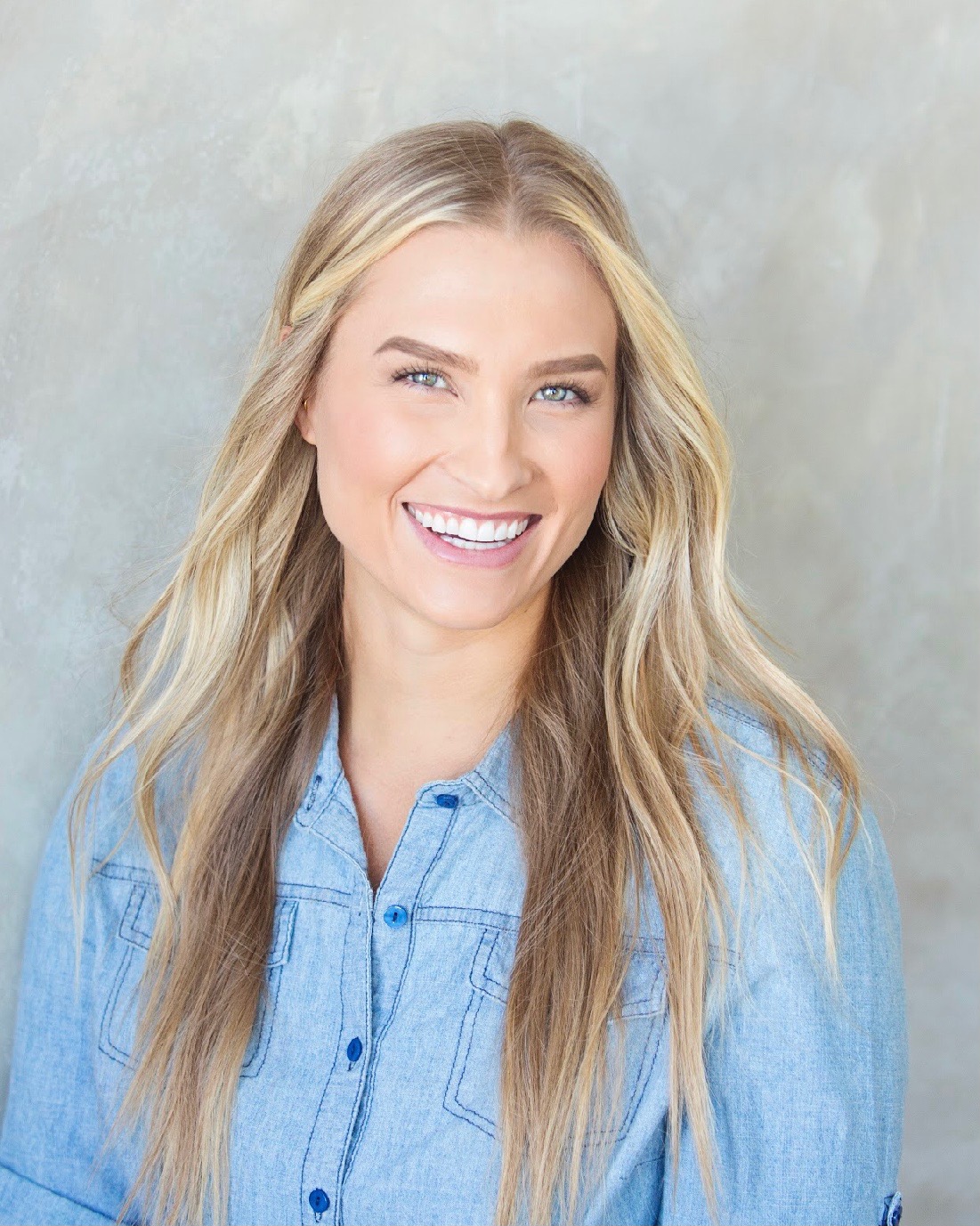